When the second egg hatched a week and a half ago, Henry had been ready to destroy it again. But he remembered all those nagging feelings of guilt, strange guilt, murderous guilt that had eaten away at him at all hours, and he couldn’t do it.

He became a parent, instead. Feeding the little thing, trying various items around the kitchen, food from the gas station, a lot of different options, until he realized it preferred spoiled food. Any kind of spoiled food. He fed it with a Visine bottle the first few days, filling it with spoiled milk and going five and six drips at a time, watching it outgrow the paper towels he had made for its bed. Paper towels and then an old t-shirt and then, when it started teetering around the living room, he walked it to the guest bedroom and pointed to the bed. When it only stood there pulsating with a kind of slow inner energy and swinging one arm in sort of a droopy way, he picked it up for the first time skin-to-skin and carried it to bed himself.

His guilt was real and it was powerful. The first time he had syringed his sperm into an egg, it hatched a couple of weeks later and produced a blackened, warped version of the current homunculus. Henry had squashed it with a Tupperware bowl, put on his coat, and left for work.

For several days following the birth of the new homunculus, he told no one, but it started to well up inside him so that one afternoon, just before the lunch break, he grabbed his girlfriend Carmen and pulled her close to him. He shuffled with her until they stood behind the pop machine in front of the truck garage. It was obvious to Henry that Carmen didn’t believe anything he had told her so he invited her to come over and have a look for herself.  Two days later, she knocked on his door.

He let her in and didn’t immediately answer when she asked about the smell. Instead he stood near a doorway in the living room with his head down, one hand worrying a thin patch of hair above his forehead. Finally he looked back up and offered an odd smile before taking a step sideways to let a short, slick-shiny creature step into the doorway.

The homunculus waved with its single, tube-like appendage. She saw her own hand going up for a return wave as if it was somebody else’s hand, an out-of-body reflex. She vomited hard and violently across the tops of her shoes. It dropped onto its stomach and darted quickly to where the vomit spread out onto the carpet. Henry’s eyes got wide and he jumped forward and grabbed the creature just before it started lapping at the mess. Carmen saw a small opening at the top of the homunculus, its head more or less, and something like a finger moving in and out of it. When Henry smiled at her again, her mind broke loose.

She imagined many different scenarios in which she helped Henry raise the little creature. They dressed it for its first day of school, went to baseball games and wore matching shirts that said CREATURE’S MOM and CREATURE’S DAD, helped it perfect parallel parking, and bailed it out of jail when it was caught with pot for the first time. These came to mind like old Polaroids, family life in squared portraits. In all of them Henry had his big smile and waved to the camera with two gelatinous arms. It smiled, too—a blown out hole in the front of its head full of jagged teeth the color of weak coffee.

Henry’s mind worked, too. It didn’t break, but it worked and worked in elastic terror. He imagined his own hope as a catalyst for change. Any kind of change had the chance of being a good thing after all these years. All he had to do was keep trying. He inspected the bright red welts across his forearms, the area he had balanced the body while carrying it across the room. No pain whatsoever. But the welts, three large spots in all, had developed into blisters since yesterday morning. And now he could see a sunflower-yellow pus just under the bubbled skin. He shifted his arms and watched the pus work back and forth inside the blister the way mercury will move in a level. All he had to do was keep trying, but the homunculus had disappeared into far corners. Somewhere in the house it made a noise like his heartbeat. 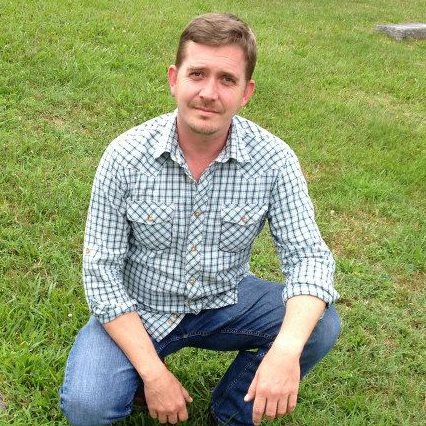 Sheldon Lee Compton is the author of four books of fiction and one collaborative chapbook of poetry. His stories and poems have appeared in New World Writing, Pank, Unbroken Journal, Wigleaf, and others. He lives in Pikeville, Kentucky.