Karen liked the Flair pen – unforgiving, indelible felt-tipped ink – and here is what she could make it do: unfurl a ribbon candy of ovals and slashes that ached sweet words like a toothache that only Mickey Rourke would share. Maybe he’d find the note tucked in a booth where the only other thing was the metal tether missing a phone book, or dropped on a dirty bench, looking too clean to be garbage. He’d read it and squint his approval, and he’d blow out some cigarette smoke with a little laugh and throw her note in the gutter thinking, yeah. She wanted so little. At The Loop Lounge, a dingy place with pulsing music where streetcars once reversed direction, there was a boy with long blond hair whose smile could make her as disarmed as Venus de Milo. She thought he was a poet, and treated him as such. At the Loop, there was also the owner who could always find her because she’d be at the edge of her circle of friends. The owner did not have a disarming smile, but could squint his approval, and his laughter would blow cigarette smoke upward when he liked what Karen said. Meeting Mickey Rourke never seemed a stretch to her, with her bangling earrings and liquid eyeliner and patented dance move that nobody else looked right doing. The sub-woofer pulse permeated the building, the coat check, the bathroom with its needle-strewn floor. That poet never got past the sixth grade. The owner, Bruce, called himself Ruth at home. She would laugh while blowing out cigarette smoke to the rafters. She wrote her last note to Mickey Rourke on the Loop’s bathroom wall. More like scraped, really; it was a crummy Bic. I ain’t no bird, Mickey Rourke. The corn is green. 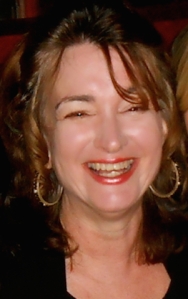 A.E. Weisgerber reads for Pithead Chapel and Wigleaf, and is a Reynolds Journalism Fellow at Kent State University. Her recent fiction has/will appear in SmokeLong Quarterly, Structo Magazine, The Collapsar, DIAGRAM, and Gravel. Recent non-fiction in The Alaska Star, Alternating Current, The Review Review, and Change Seven. She’s a current nominee for Best of the Net, Best Small Fictions, and The Pushcart Prize. She keeps information current at http://anneweisgerber.com.

Wolf dragged Red away from the bones. “You don’t need to see those.”

She let him walk her outside. Red took one last look at it: a five room rancher, half brick half siding, a planter with fake flowers out front, two open cans of molded tuna on the porch left to feed stray kittens that’ll never be cats, the cross still standing inside, against the front window. Grandma’s stretched voice in a sermon is the ear worm Red can’t ever shake off. She damned Red, a loose girl — when you lay with dogs, you get fleas. Now proof: the absence of blood between Red’s legs and her Grandmother’s dry, dirty bones.

She put a hand to her throat. Screaming had sucked air from her body she was now desperate to gulp back in. She panted, filling herself breath by shallow breath. “How could you let it get that out of control?”

Wolf ignored this and put his arm around her.

“She was my grandmother, for goodness sake.”

Red turned from the fish-caked, rusting silver can. Her stomach jerked — Oh God, not that, not that, not that. She thought about the blood, not pregnancy blood, her grandmother’s blood and her stomach quivered again. Grandma was smug, a look of satisfaction on her face right before Wolf bit into it.  Red will always hold on to that “I told you so” smirk when the guilt rises in her gut, solid like the baby she couldn’t admit was there. Red grabbed Wolf’s slick paw and jerked him forward, deciding never to see that house again. They ran. Red’s dogged breathing alerted the world to their presence, to her condition. She wouldn’t last much longer. Wolf bent over, motioning to get on his back and ride. She did, clutching the fur around his neck, wet gray spikes piercing the space between her fingers. He did not stop until they reached another road, another city, another planet, she hoped he would never stop — don’t stop, don’t stop, she whispered.

They reached a wooded clearing deep in a forest on the other side of the world. Red sat beside a large tree and plucked a leaf from inside her hair. “What now?”

Wolf dropped to his haunches and inhaled the fresh sweat between her thighs, a long pull of her earthen ripeness that lifted him from the ground like a cartoon dog, eyes closed in rapture. This is why she fell for him, why she went along with his insane ideas. Her neck bent backward as she laughed with such a loud hysterical sobbing sound it made her belly shake and moan.

After, Wolf staggered around, spent, then ran a paw through his hair, and thought out loud, “I can eat the baby too.”

But why not? She thought. Why not? 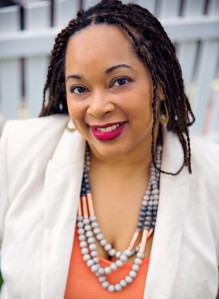 Tyrese L. Coleman is a writer, wife, mother, and attorney. She is also the fiction editor for District Lit and an associate editor at SmokeLong Quarterly. A 2016 Kimbilio Fiction Fellow and a nonfiction scholar at Virginia Quarterly Review’s 2016 Writer’s Conference, her prose has appeared in several publications, including PANK, Buzzfeed, Brevity, The Rumpus, Hobart, listed in Wigleaf’s Top 50 (very) short fictions, and forthcoming at the Kenyon Review. She lives in the Washington D.C. metro area, and can be reached at tyresecoleman.com.

Hand, she says. We walk, our long winter coats touching. Before we reach the corner, her hand searches for mine. Gloveless, it’s in my pocket trying to keep warm. Don’t always make me ask for your hand, she says, through clenched teeth.

Hand, I say, and she ignores me, instead stands holding her four-pronged cane, her black shoes resting on the curb. Hand, I say again, and she ignores me still, showing her stubbornness, waiting for me to lift her gloved hand from her side and hold it while crossing the street. Once we’re across, Mom rubs her hand on my sleeve and squeezes my arm, and then sets off, heading into the wind, her coat pressed against her, anxious to end our weekly lunch and get to her apartment for her weekly bridge game. 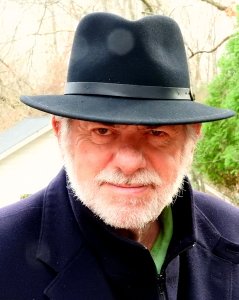 Paul Beckman’s story “Healing Time” was one of the winners in the 2016 The Best Small Fictions and his 100 word story “Mom’s Goodbye” was chosen as the winner of the 2016  Fiction Southeast Editor’s Prize. His stories are widely published in print and online in the following magazines amongst others: Connecticut Review, Raleigh Review, Litro, Playboy, Pank, Blue Fifth Review, Flash Frontier, Matter Press, Metazen, Pure Slush, Jellyfish Magazine, Thrice Fiction, and Literary Orphans. His latest collection, Peek, weighed in at 65 stories and 120 pages. Paul lives in Connecticut and earned his MFA from Bennington College. His published story website is  www.paulbeckmanstories.com and  blog is www.pincusb.com. He also runs the FBomb flash fiction reading series at the KGB Red Room in NY.

The airport is also a train depot. I wander back and forth between the terminals, hearing languages. I see my parents riding in a golf cart, but they’re going the opposite direction.

I can’t find the oregano. My daughter is at the computer, reading out loud. “We are few and they are many, they will devour us,” she says.

The nurse says they will take some fluid from my mother’s spine. She’s careless with the wheelchair, knocking over a vase at the end of the hall.

We fiddle for hours, turning knobs, working gears. It’s like a jet. I brought a jello mold with shredded carrot. I top mine with whipped cream. “Cheater,” you say, taking some.

My husband arrives with gifts from Asia. One is a tee shirt with two cartoon soldiers, both resembling Mr. Magoo. They’re running with rifles. Underneath, it says “Indonesia.”

Our home feels outsized, bloated. We walk the rooms, bewildered by high ceilings and Louis XIV furniture. Looking out the window gives me vertigo. An old man waves from the garden path

“Is it five o’clock yet?” I ask. You lick cream from your finger and hold it up. One more game.

The manager of the Starbucks asks me to describe myself using only one word. I take a sip of coffee. “Dark,” I tell her. She writes in her notebook. She says she’ll get back to me.

My brother phones to wish me a Happy Birthday. He likes his new job, but it’s all arrivals and departures. “Lila is doing a report,” I tell him. “Chief Joseph.” He talks about the day our parents finally brought me home from the hospital. He uses the word grim.

In my dreams, my father walks into a church wearing a red carnation in his lapel. I hold forth from the pulpit. My mother raises broken hands, imploring me to stop.

I find the oregano, but it has lost its scent. My daughter leans closer to the screen. “I’m tired of fighting. My heart is sick and sad.”

We’re invited to have drinks with the neighbors on their deck, but it’s misty. We sit at the kitchen table under a bulb, our faces in the fog curling over the blue Adirondack chairs. 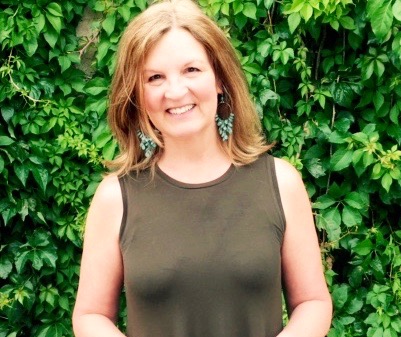 Kathy Fish teaches flash fiction for the Mile High MFA program at Regis University in
Denver. She has published four collections of short fiction: a chapbook in the Rose Metal
Press collective, A Peculiar Feeling of Restlessness: Four Chapbooks of Short Short Fiction by Four Women (2008); Wild Life (Matter Press, 2011); Together We Can Bury It (The Lit Pub, 2012); and Rift, co-authored with Robert Vaughan (Unknown Press, 2015). Her story, “A Room with Many Small Beds” was chosen by Stuart Dybek for inclusion in Best Small Fictions 2016 (Queen’s Ferry Press). She blogs at http://www.kathy-fish.com/.

The children appear from the edges. Their faces set. Their bodies are covered in iridescent powders that shimmer in hues that could only be seen in dreams. We have been gathered in the square to wait. Our kin have been gathered to watch. The children walk around us in a pack, sniffing, running towards us and back again to their circle. Worn, brown leather pouches hang around their necks, swaying with their movement. The children stop. The drums start in sync with our heartbeats. The children move again. They reach into their pouches and pull out handfuls of the same beautiful powder that is on their bodies. They swipe furiously at our skin, and the powder blends into our arms, exposed bellies, legs, and cracked feet. We are amethyst, crimson, sapphire, and gold. We are but poor imitations of them.The rain starts slowly, blending and bleeding us into the ground. We are marked with the sins of our people, and we carry those sins with us. We follow the children; the rest follow us. This place has come to an end. The square is empty.
Ashley Perez lives, writes, and causes trouble in Los Angeles. She has a strong affinity for tattoos, otters, cat mystery books, and actual cats, but has mixed feelings about pants. You can find her on Twitter at @ArtsCollide.