On the morning of the final bus-safety drill of the school year, Gina Thornton felt sick to her stomach. They were supposed to always dress appropriately for bus drill days—no slip-on shoes, no dresses—but she forgot about Ms. Sharon’s announcement. Or maybe she was talking to Colleen and didn’t hear it. Or maybe the two-way radio crackled at the wrong time. Either way, Gina Thornton was wearing a skirt.

Their bus, Bus 720, always got the best safety rating in all of Willow Creek Elementary. It was a real point of pride for the northside kids—everyone took the drills very seriously. This was partly because they loved Ms. Sharon and partly because jumping off the back of the bus was a thrill. One time, their rating was so high that Ms. Sharon let them listen to Q94 during the ride home instead of the usual Sheryl Crow tape.

That day, when Ms. Sharon flipped the alarm, the other students stood up, ready to go. But Gina’s bare thighs were melded to the thick gray-green vinyl of the seat. We have to go, Colleen told her, looking down at Gina’s skirt with a wince. It’ll be over quick, Colleen said. Just jump.

The two designated fifth grade boys unlatched the back door and hopped out first. And the one who wore the Scottie Pippin jersey over a white t-shirt at least once a week? He’d once spent an entire bus ride trying to snap her choker necklace and pull her hair. He always called her Va-Gina. Now she was expected to stand above him in her skirt? Let him grab her hand and elbow? Help her jump to fake safety?

Colleen went first, bending her knees and reaching out to the boys as they reached up to her, effortlessly floating down and landing softly, guided by their grip. And so Gina moved to the edge, trying to tuck her skirt between her knees as she squatted, not looking at the one in the red jersey, even when she realized too late that the hand supposed to take her elbow and lift her forward—the same hand that reached between the seats and pinched at her neck that first and last time she wore the choker—was up her skirt and cupping her underwear before she even realized she was in the air.

The ground hit harder than the last drill, the impact shooting up through her knees, but Gina took off running like she was supposed to, reaching the sidewalk next to the bus loop faster than she ever had. Ms. Sharon glanced at her, barely seeing her before looking down to her clipboard to check her off. Got you, she said. You’re safe. 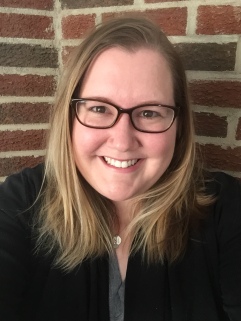 Cortney Phillips Meriwether received her MFA in Creative Writing from NC State in 2012 and has been working as a writer and editor ever since. Her work has been published by Wigleaf, CHEAP POP, Monkeybicycle, and elsewhere. She serves as a reader for Fractured Lit and lives in Charlottesville, Virginia with her husband and son.