She couldn’t escape the creosote scent of that summer, even years later. It stalked her in the tunnel as she scurried to catch a train, it drifted through the crowds when she spoke at a convention, and it hid in the pocket of the suit she nearly bought her son. She never told anyone about it.

Their first breakfast together they shared a Rooty Tooty Fresh ‘N Fruity. He’d sat down across from her. Or maybe she’d sat across from him? After so many years, she couldn’t remember who arrived first, but she couldn’t forget the way the skin on the back of her legs stuck to the blue vinyl cushions, and the feel of his hand caressing hers when he called her pretty. No one had ever used that word to describe her before.

When she looked in the mirror that night, she saw that her bulbous nose—a genetic gift from her grandfather—didn’t look so horrible on her face.

Her mouth parched from the long days in an empty house, his visits became a sparkling oasis. Her friends all left Phoenix that summer—they went to expensive camps in the mountains and visited out of state grandparents. But her mom worked two jobs.

She would wait for him beneath the sparse shade of a palo verde, stepping out of her purple flip flops and pressing her feet onto the hot sidewalk. She counted how long it took for her calloused soles to burn. He always picked her up a few blocks from her house, but he rarely arrived on time.

They went to his apartment often, but she only saw his roommates once. He seemed surprised to find them watching baseball in the living room that day, and rushed her up to his bedroom without an introduction. She still wondered whether they’d known, or if there had been others like her.

He kept a gun on his bookshelf. It felt heavy in her hand: hands he liked because they were “small and soft.” When she picked up the badge, sitting next to the gun’s holster, light reflected off the golden insignia and flickered across his bedroom ceiling. She trusted him.

At night, she would lie in bed with the phone pressed close to her ear, listening to him describe afternoons spent drinking Corona’s on his best friend’s houseboat in Lake Havasu. She twirled her finger in and out of the spiral cord, and pictured diving into the sun-rippled waters. She wanted to join him at the lake, go on a double date, or meet his younger brother. She wanted to be included in his life. “Maybe later,” he always said.

He promised to teach her to drive the next summer, when she’d be old enough for a permit.

One evening they raced through the streets in his dust-blue Toyota pickup, chasing the monsoon as it rolled across the valley. Rain crashed overhead, then subsided. Blue and purple bolts of lightning danced in the sky and guided their course. Her hesitation and insecurity dissolved beneath the storm and, wanting more, she leaned over to kiss him. He pushed her back. “We agreed,” he said, “not on the lips.”

For her birthday, he took her to a restaurant on top of North Mountain. They shared a meal her mom could never have afforded. The waiter slid her chair in for her, folded her napkin when she stood up, and returned their leftovers wrapped in a tin foil swan. The setting sun painted fuchsia clouds, and fire flickered on the horizon.

He bought her a dress for homecoming which she wore just once—when she modeled for him in his bedroom. “I love you,” she said.

Should she have known better?

He never returned her calls again. She did not go to the dance. The dress hung in her closet, his stains unwashed, until she moved away for college. 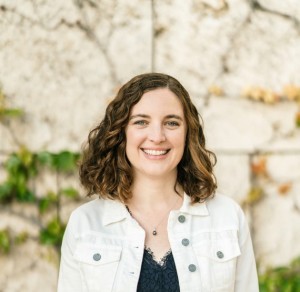 Victoria Miller has a BA in comparative literature from UC Berkeley, and an MFA in creative writing from Antioch University Los Angeles. She spends her days producing video games where she often finds herself juggling flame-engulfed-chainsaws and excel sheets. When she’s not slurping the best ramen in LA or proclaiming her hatred of olives, she finds time to work on short stories and her first novel. Find her on Twitter @tigrvix