Not email. Not texts. Not the pings and chimes of electric bricks, relentless in their announcements. Instead, the metal clap of a mailbox, rusty flag hinging down for another spin of the earth, mailman trucking through summer’s fire and winter’s ice. Little girls running down driveways to collect birthday cards from Gran, all glittery poems and well-wishes, five-dollar-bill tucked inside, crisp from the bank. The slow wait for pen pal letters, fat loopy scrawls, bulging hearts, words like dreamboat, whose lexical frequency plummeted before your breasts swelled. Words that smudge when tears fall. Stamps.

Missives, unerasable, from a boy on the other side of the ocean, now a man who may be living or not—the gods of Google don’t tell. Locks of hair, soft as his skin, careful when you open me up, I might blow away. Sometimes, when the house is quiet, take them out of the old stationery case, the one you bought when there was no money to buy anything, when cotton sheets and water-cut edges were more delicious than dinner. A fair trade.

Ink (medium point, chunky, blue like a midnight ocean) smearing from the southpaw push of a pen. Crumple it up if the words hang; start over. Seal kisses with spit and dispatch them for other eyes to see, tie in bundles, secrete in cigar boxes. Your only copies, no longer yours to read.

Trips to the post office, key in hand, maybe today. Slide silver blades or pink fingernails into the corner of his heart and peel it open. Write back in cryptic cursive and lick your stamps, tasting sticky-sweetness. Say I love you. See if it returns. Not in emoticons. In sounds. Amore. Je t’aime. Liebchen.

Pieces of him exist, hiding inside yellowed envelopes. The ones that say lire and francs and marks and sleep forever in dark drawers. 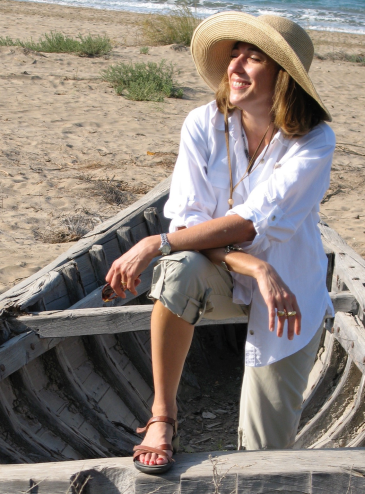 Christina Dalcher weaves words and mixes morphemes from her home in the American South. Her short work appears in Bartleby Snopes, McSweeney’s, and New South Journal, among others. Find her at christinadalcher.com or @CVDalcher.